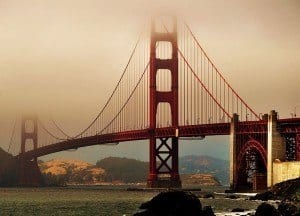 The high minimum wages has its positives and negatives.

San Francisco will become the first city in the nation to have a $10 minimum wage.
The city’s minimum hourly wage will be $10.24 for one of the most expensive cities in America.
It is more than $2 above California minimum wage and almost $3 more than the federal government wage.

David Frias, a 34 year old usher at a movie theater and security guard for a control firm, said, “It’s a psychological boost. It means that I’ll have more money in my wallet to pay my bills and money to spend in the city to help the economy.

San Francisco has a proposition that increases the minimum wage every year, keeping in mind inflation and the cost of living.

Karl Kramer of the San Francisco Living Wage Coalition said, “it helps workers’ morale in a time of economic crisis; they feel that they’re able to tread water and get some relief from the recession.”

This spike in pay also has downfalls. It could result in layoffs by small businesses who struggle with paying taxes.
For Frias, he sees the $10 as more than money; he links it with getting respect.
To read more: click here