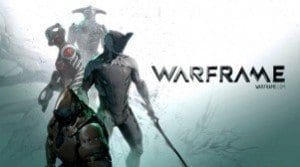 The free-to-play landscape can seem a little daunting, there’s so many options for those who want to enjoy gaming, can dedicate time to it, but can’t dedicate the money that has historically been required. At PAX East 2015, popular free-to-play MMO held a limited capacity event aimed at providing their hardcore fans with some new information. I’ve dabbled in Warframe, but I certainly wouldn’t consider myself a “hardcore” player. Thankfully, that didn’t stop the Warframe team from allowing me to experience the event.

For those who haven’t experienced it, Warframe is a third person Sci-Fi MMO. If forced to compare it to something, the best way to describe it is a mashup of Mass Effect and Destiny. If that sounds fantastic, that’s because it is. At the event, the developers answered audience questions and spoke of new updates that players could expect, including new a Warframe (the suit you wear), a new parkour system, and new dungeons for teams of 4-8 to explore. If you aren’t well versed in the game, you wouldn’t necessarily understand what was happening, but as an outsider, watching the crowd get excited achieved another effec. It made me want to play.

A tactic lots of PR uses to ensure the audience leaves with a positive experience is a well-used trick: free stuff. A grab-bag of goodies was given to all in attendance, including a T-shirt, foam glaive, rare in-game codes, and their digital currency, called platinum. While it was only a $5.00 value, players on PC, PS4, and Xbox One were bartering prior to the event, which was a sight to behold. In a matter of seconds, a market had emerged, with PC codes being the most coveted, while PS4 and Xbox One codes were a bit easier to come by. This same type of market exists in-game, though each platform has their own environment. Certain blueprints are more valuable than others, while credits, earned in game, can be sold for platinum.

After getting home, I decided to take a look a little more deeply and ended up falling into the game far deeper than I expected. A full review is coming to College News a bit later on, but for now there are lots of reasons why you should experience it for yourself. Be warned though, the game is very deep and players can get lost easily. If you have questions, rely on the community or find a friend to guide you.