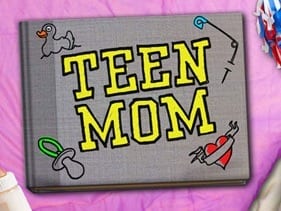 Shows like “Spongebob Squarepants,” “The Daily Show” no longer available

Shows like Spongebob Squarepants and Teen Mom went dark for DirecTV subscribers after the cable provider could not agree on new programming fees with Viacom. DirecTV subscribers lost channels like MTV, Comedy Central, Nickelodeon, VH1, CMT, and Spike as a result of the disagreement.

The seven-year contract between Viacom and DirecTV expired last weekend, but both sides could not come to an agreement that would extend the contract. The companies have been updating customers about the disagreement via blog posts and online statement.

On Tuesday, DirecTV released a statement on its website that said: “Viacom has spent the day trying to convince the public that DIRECTV is willingly removing channels like MTV, Nickelodeon, Comedy Central, TV Land and Spike from our customers’ homes tonight at midnight.”

Viacom then instantly rebutted DirecTV’s statement, saying: “DirecTV is throwing around some big numbers that are misleading. Here’s the truth: Viacom is asking DirecTV for an increase of a couple of pennies per day per subscriber. That’s far less than DirecTV pays other programmers with fewer viewers than Viacom. Viacom has always been open to negotiating and hopes to get a deal done.”

DirecTV said Viacom is seeking a 30 percent increase – which would be equivalent to a billion dollars – in fees from DirecTV. These costs would most likely be pushed onto customers.