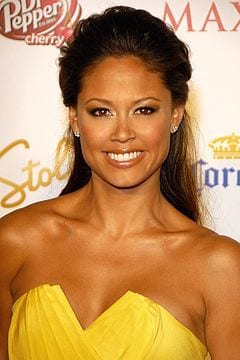 The model and presenter, who married the 98 Degrees singer in July, has announced on Twitter that she has decided to drop her maiden name.

After changing her handle from @VanessaMinnillo to @VanessaLachey, the 31-year-old wrote: “So….I’m making it official, and I LOVE y “new name”! @VanessaLachey….has a nice ring to it ;).”

The newlyweds recently purchased a home in Encino, Calif., according to US Weekly. Located in the heart of San Fernando Valley, Weekly reports, the Spanish-style estate is 8,000 square feet and has eight bathrooms and 18 rooms.

Such a large purchase has led to rumors that the pair is eager to start a family. Lachey, 38, recently told E! News that he’s been “doing everything I can” to get his wife pregnant.

According to Weekly, he said, “Trust me it would make me very happy. Family is very important. It’s very important to us, and I’m sure that will be around the corner.”