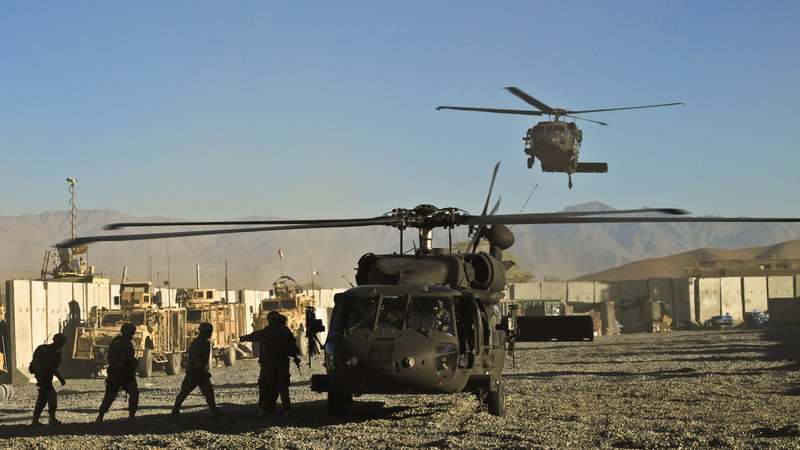 The last evacuation flight from Kabul airport carrying US military personnel, marked the end of a 20-year presence in Afghanistan that began weeks following the 9/11 attacks in 2001. The departure signalled the final chapter in the controversial military effort within the country.

Despite there not being any official fanfare or handing over of flags, the Taliban did mark the departure of US troop by firing celebratory gunfire into the air.

A spokesman from the Taliban, Zabihullah Mujahid, stated Afghanistan was now “completely liberated and independent”.

Another senior official from the group, Anas Haqqani, was quoted by AFP as saying he was “proud” to witness such “historic moments”.

This also stamped the end of the significant evacuation effort which began on 14th August with the aim of evacuating as many qualfying Afghans from the nation as soon as the Taliban gained control of the country.

Gen Kenneth McKenzie, America’s leading military official for the region, said that overall, US and coalition aircraft managed to evacuate in excess of 123,000 civilians – and average of more than 7,500 civilians a day during that time.

US Secretary of State, Anthony Blinked hailed the evacuation operation, calling it a “massive, diplomatic and humanitarian undertaking” and one of the most demanding the nation has completed.

“A new chapter has begun” he stated. “The military mission is over. A new diplomatic mission had begun.”

He continued by declaring that the Taliban needed to earn its legitimacy and would be judged on the extent to which they fulfil commitments which they have promised previously, including protecting right of all Afghans including women, and preventing terrorist groups from making the nation a haven.

However, the withdrawal of troops from Afghanistan has opened up more uncertainty for the nation with many fearing that more violence is likely to occur.

President Joe Biden has issued a brief statement thanking those involved in the evacuation process over the last 17 days and stating that he would address the whole nation later on Tuesday.