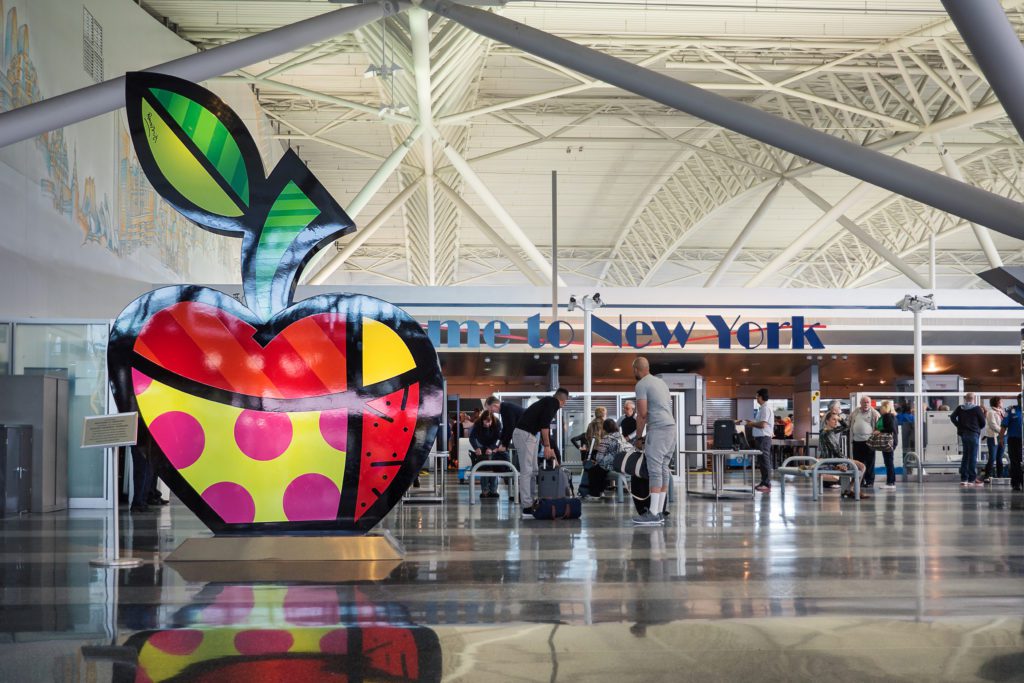 There were many joyful and emotional images and videos to come out of airport across the United States as many were reunited with friends and family after the nation reopened its borders after a travel ban lasting 20 months.

The borders officially reopened its borders to visitors on Monday, ending travel restrictions which had banned non-U.S. citizens traveling from 33 nations across the world such as the UK, China and India as well as overland entry from the bordering nations of Mexico and Canada.

We love to see these scenes again! After 19 months friends and families reunited at JFK airport after the 1st flight from the UK touches down, captured by Royal photographer @chrisfloyduk✈️❤️ #BritishAirways #BackTogether #BritsAreBack pic.twitter.com/OfhIO9McgV

To enter the United States, visitors will need to be double vaccinated. However, exceptions are made to children under the age of 18 and those who cannot be vaccinated due to medical reasons. In addition, travelers over the age of 2 will need to provide evidence of the negative COVID test taken within the past three days but will not need to quarantine.

These restrictions were imposed by former president of the United States, Donald Trump, and were upheld by current president Joe Biden but had been heavily criticized. They were imposed to slow the spread of COVID-19 with U.S. borders closed to travelers from various parts of the world. This separated families for a significant period of time as well as heavily affect tourism.

Two flights, one British Airways and one Virgin Atlantic took off simultaneously from Heathrow airport in London landed into New York City, which signified the return of the one of the busiest flight paths. Arrivals at the John F. Kennedy Airport were greeted with rapturous applause and balloons by airport staff welcoming them to the country.

“Today is a day of celebration,” Virgin Atlantic CEO Shai Weiss said at the airport.

CEO of British Airways, Sean Doyle, was also present at the airport, welcoming arrivals to the United States and stated how important this moment was to get tourism moving again.

“Apart from the human aspect, it’s very important for business and trade that we get this corridor up and running again,” he said. “The links are very strong, and travel is a key part of enabling that economic activity.”