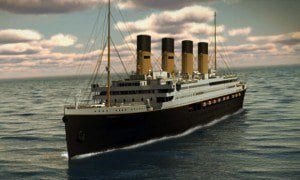 The Titanic II will set sail in 2016, as plans were unveiled yesterday by Clive Palmer and the Blue Star Line, and it aims to give passengers the full original Titanic experience.

Included in the ticket fee are 1920s-era clothes meant to make passengers feel as though they are aboard the original ship or a part of the movie.

Palmer said he has already received offers up to $1 million from people wanting to be on the Titanic II’s first voyage. Ticket prices have not yet been announced.

Features of the Titanic II that were not quite part of the original ship will be: a modern hospital, a helicopter landing pad, air-conditioning, Internet access and thoroughly improved lifeboats at a quantity large enough to fit all of the ship’s passengers.

Palmer did not release what the cost of constructing and operating the Titanic II would be, saying that he could cover the cost and is focused on recreating the original ship to commemorate it.