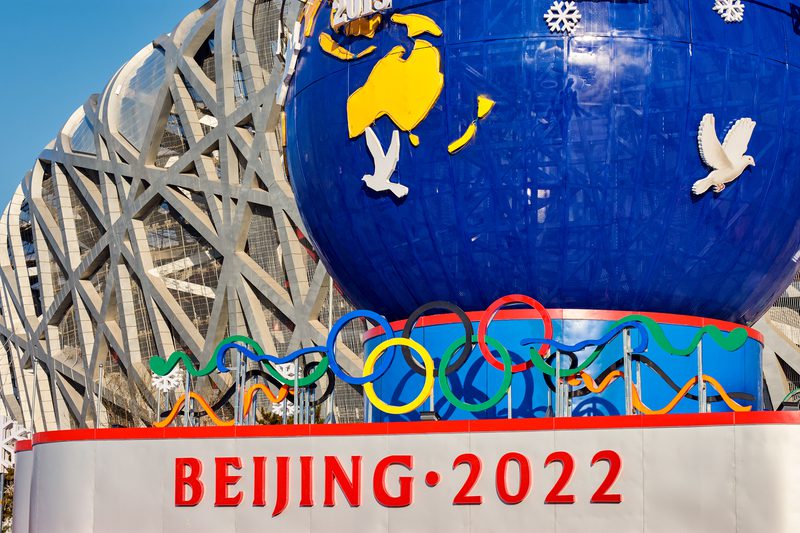 The White House have confirmed that they will perform a diplomatic boycott of the 2022 Beijing Winter Olympic games due to the “ongoing genocide and crimes against humanity in Xinjiang”.

Earlier in the month, President Biden stated a boycott was something that his administration was “considering” but now the move has been committed and was announced by White House press secretary Jen Psaki.

“The Biden administration will not send any diplomatic or official representation to the Beijing 2022 Winter Olympics and Paralympic Games”, she affirmed.

“We have a fundamental commitment to promoting human rights. And we feel strongly in our position and we will continue to take actions to advance human rights in China and beyond”.

This announcement comes two months before the winter games are set to begin. However, despite this announcement, which aims to put a serious foot down against the Chinese and their human rights record, American athletes will still be able to compete in the games with the same also applying for the Paralympic games, saying that they have their “full support and that their involvement is “beyond politics”. So is the proclamation that U.S. politicians won’t be attending the games a serious stamp of authority?

Pressure had been mounting on the Biden administration by members of congress as well as human rights activists to officially pull out of the games due to the China’s poor human rights record.

The similar boycott was staged by the U.S. back in 1980, during the Cold War. Then President Jimmy Carter boycotted the Moscow Summer Games due to the Soviet Union invasion of Afghanistan the year before. However, the key difference is that in 1980, the United States were in company with 64 other nations across the world.

Robert Menendez, the Senate Foreign Relations Committee chairman, described the boycott as “a necessary step to demonstrate our unwavering commitment to human rights in the face of the Chinese government’s unconscionable abuses”.

Only hours before the announcement, China had stated that a boycott of their winter games would be “a stain on the spirit of the Olympic charter” and “sensationalist and politically manipulative”.

Zhao Lijian, China’s foreign ministry spokesperson, accused Washington of “hyping a ‘diplomatic boycott’ without even being invited to the Games”.

“I want to stress that the Winter Olympic Games is not a stage for political posturing and manipulation,” Zhao voiced. “It is a grave travesty of the spirit of the Olympic charter, a blatant political provocation and a serious affront to the 1.4 billion Chinese people.”

So will this boycott make that much of a statement or a difference?

SEE ALSO: COP26 – What Were the Key Outcomes?