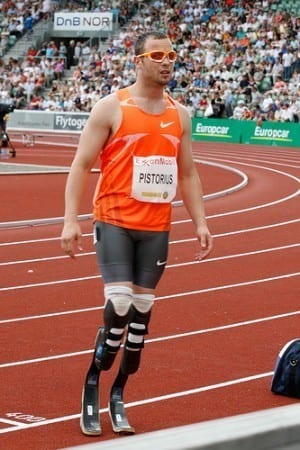 Oscar Pistorius, the London Olympic and Paralympic runner accused of premeditated murder for the Feb. 14 shooting death of girlfriend Reeva Steenkamp, was released on bail today.

Pistorius claims that he shot Steenkamp on accident because he believed she was an intruder in his home. He fired a shot into the bathroom stall adjacent to his bedroom before realizing Steenkamp was inside.

Prosecutors claim Pistorius shot Steenkamp in anger after an argument witnesses say the couple had. However, holes in their evidence involving ballistics results, cell phone records and fact checking led the judge to believe there was insufficient evidence to deny Pistorius bail.

For instance, prosecutors failed to contact Interpol about Pistorius’s flight risk. Also, police may have contaminated the crime scene, as they did not wear protective shoe coverings. The prosecution also said a substance in Pistorius’s home was testosterone, though it is still undergoing tests. They claimed Pistorius has a violent nature, but the judge was unconvinced by the incidences they cited, an accidental firing of a gun and alleged violent threats.

However, the judge recognized that Pistorius’s account of events is improbable and that more complete evidence needs to be presented.

Pistorius will need to pay a total of 1 million Rand for his bail, 100,000 of it was due at the time of his departure.

Steenkamp’s friend Vanessa Haywood told CNN of South Africa and Pistorius, “It’s not the safest place in the world. My own home is like a prison. His version of events isn’t as far-fetched as people think it is.”