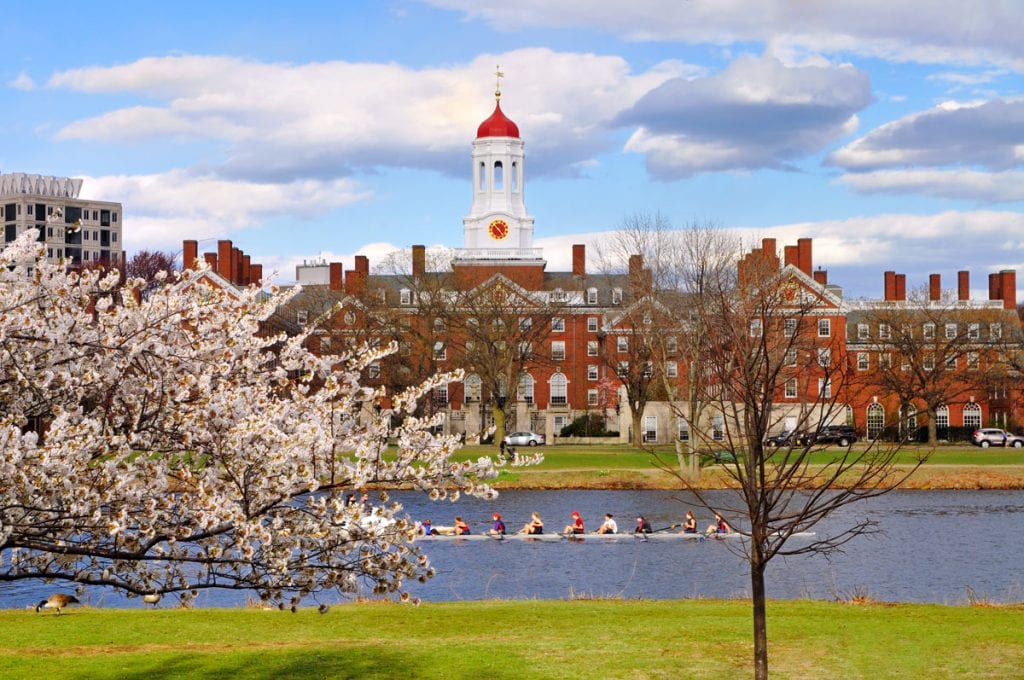 A Dean at Harvard has come under fire for agreeing to represent Harvey Weinstein in the producer’s highly publicized sexual assault case.

Law Professor Ronald S. Sullivan Jr. is the director of Harvard’s criminal law clinic. His law career is impressive—Sullivan has helped to overturn scores of wrongful convictions and free thousands from wrongful incarceration, a professional record which has made him a highly sought-after defense attorney.

However, his other professional hat—that of faculty dean at Harvard’s Winthrop House—has recently come into conflict with his law career. Students on campus are calling for his resignation after learning that he will represent Harvey Weinstein as a part of the producer’s defense team.

Around 50 students demanded that Sullivan be removed as Dean at a demonstration last week outside the president’s office on Harvard Yard. Some wore tape covering their mouths. They held signs that read, “Your Silence is Violence,” “Remove Sullivan” and “Harvard’s Legacy Ignoring Survivors.” A Change.org petition has already gathered around 300 signatures, and anti-Sullivan graffiti has also appeared on campus buildings.

In defense of the defense team

The situation has garnered national media attention, with major newspapers weighing in on the issue. In an opinion piece published by The Atlantic, journalist Conor Friedersdorf noted that “…if enough attorneys ‘feel the need to think twice… there will be no distinction between a trial by public opinion and a trial in a court of law.’”

The right to representation is a tradition older than the nation itself. The Boston Globe asked what would have happened in 1770 if Harvard students had demanded that the administration remove the privileges of John Adams, the founding father and Harvard graduate who defended the British soldiers who took part in the Boston Massacre.

Famously, Adams took the case to illustrate the principle of innocent until proven guilty and to illustrate the integrity of the nascent nation’s legal system. “It is more important that innocence be protected than it is that guilt be punished, for guilt and crimes are so frequent in this world that they cannot all be punished,” Adams said.

Some argue that students demanding Sullivan’s resignation is another indicator of the new climate that has been sweeping across college campuses in America—one that has professors prefacing their lectures with “trigger warnings” and stopped popular comedians like Chris Rock from performing.

This new climate presumes an extraordinary fragility of the collegiate psyche with its main goal that of protecting students from psychological harm. Often called by the media a “resurgence of PC culture,” it is somewhat more restrictive than the movement from the 1980s and ‘90s, which sought to specifically rein in hate speech and challenge the literary, philosophical and historical canon to include more diverse perspectives.

Harvard has had faculty lawyers represent notorious defendants before—perhaps most notably, attorney and Harvard professor Alan Dershowitz for O.J. Simpson’s legal defense in 1995. (Notably, Dershowitz this week joined Weinstein’s defense as well.) Those critical of the new campus climate are asking, shouldn’t a defense lawyer be allowed to defend? What’s different between 1995 and today?

After #MeToo, everything matters more

This episode “displays the intensity of the anger at sexual malfeasance and the institutional indifference that has allowed such misconduct,” wrote The Chronicle of Higher Education. “Anger is warranted” as “sexual harassment and assault are all too prevalent and prohibitions against them remain all too ineffective.”

Students are seeing Sullivan joining Weinstein’s defense team not as a professional decision undertaken with the workings of the legal system in mind, but as a symbolic choice in an age where sexual assault on campus is an epidemic. And the Ivy League has endured its fair share of accusations. The documentary The Hunting Ground criticized Harvard—among other universities—for failing to protect students from sexual assault on campus. And an analysis by the Washington Post in 2016 found that Harvard was in the top 10 schools in the country with the highest total of rape reports on campus.

“Sullivan has failed to address the incongruity of his two roles—defending Weinstein in his role as defense attorney, while simultaneously working to promote a safe and comfortable environment for victims of sexual misconduct and assault in his capacity as faculty dean,” wrote the Crimson Editorial Board in an opinion piece. “We condemn his choice to represent Weinstein and urge him to address the tension between the two roles more directly than he previously has.”

In response to students’ concerns, Harvard administrators have launched a “climate review” to gauge the opinions of Winthrop House residents on the matter. No other action has been taken for the time being.

Previous ArticleSelma Blair’s Incredible Moment at the OscarsNext ArticleWhat’s Going on with R. Kelly? A Guide