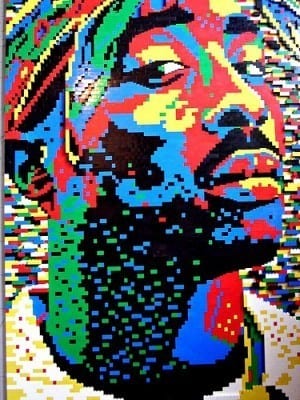 “What the f— is up Coachella?”

After years of speculation, it turns out the beloved rapper Tupac Shakur is not dead after all. Well sort of not dead. Many said it would be after seven years that Tupac would return from the dead, but it turns out it would be 15 years later that he decides to hit the stage again.

Last Sunday, the late Tupac Shakur reunited with Dr. Dre and Snoop Dogg on stage at Coachella Valley Music and Arts Festival. Resurrected from the dead in the form of a hologram, “What the f— is up Coachella?” said the image that cost nearly a half-million dollars to make. A spokesperson for Dr. Dre said the image was rendered by Digital Domain, the same company that generated the stunning images of Brad Pitt in “The Curious Case of Benjamin Button.”

This spectacle has drawn debate on both sides; some revere in the use of technologies like this one in the entertainment industry while others feel the use of a hologram tarnishes the legacy of an artist.

This is not the first time this technology has been used to entertain a crowd, Madonna used at the 2006 Grammys when she performed with the Gorillas and even Celine Dion and the Black Eyed Peas hopped on the tech bandwagon. But the Tupac hologram brings to light a different side of the debate because this is in a way bringing an artist back from the dead.

See the video and decide for yourself: