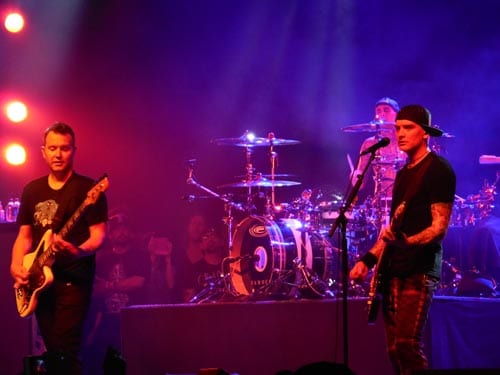 Blink 182’s latest video strikes a touching chord and we love it! The track, Home Is Such a Lonely Place, has left Blink’s fans rejoicing in the light of its reminiscent tones. The video itself is a montage of home movies laid over the mellow track. Bassist Mark Hoppus commented, “The video for ‘Home is Such a Lonely Place’ was probably the easiest we’ve ever filmed,” adding that “all we had to do was be ourselves at home with our family and friends, as we prepared to leave for tour.” Blink 182’s latest video may not be one of their liveliest head-bangers, but its beat has a perfect chilled summer vibe.

The song featured in their latest album California, which was released back in 2016; the first to be released after a five-year hiatus. California received a mixed reception from critics; Rolling Stone magazine commended the band’s decision to replace Tom Delonge with Matt Skiba within the band dynamic, commenting that “[the album shows] endearing signs of growth and even wisdom.” On the flipside, other critics weren’t so kind; The Guardian named it a “bloated and unwieldy return.” Last month, Blink 182 released a deluxe version of the album with a total of 28 songs—11 of which are new.

Regardless of mixed responses to their album, the band’s resurrection has led to their nomination for the artist of the year award at this year’s Alternative Press Music Awards. Blink 182 is set for a busy year of tours and co-headlining a number of acts with Linkin Park this summer. Blink 182’s latest video is a reminder that this old punk band really does have range; hopefully this will shine through in their upcoming tour.

Check out their new video and tell us what you think—is it a summer winner, or do you prefer their original tracks?