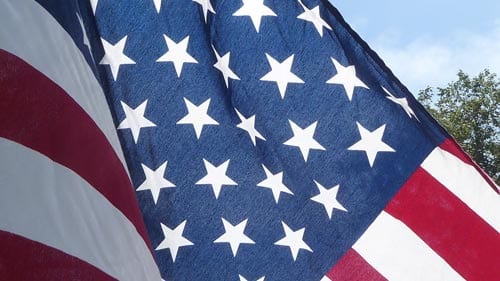 On August 12, violent protests broke out between anti-racism groups and white supremacist/Nazi groups in Charlottesville, VA in response to the vote to remove the statue of Robert E Lee. Lee was a general in the Civil War over 150 years ago who had supported slavery and had owned slaves himself—a fact which had prompted the vote to remove the statue. Nazi groups felt that the removal of the statue would be an attack on the white race. Donald Trump has never been one to withhold his opinions of those he opposes—whether that be a popular US news network or a minority group, he’s usually the first to share his outlook, no matter how incoherent it might be. However, in the face of neo-Nazi’s who marched through the streets carrying flaming torches, screaming racial remarks and setting upon their opponents, Trump was quiet and failed to denounce one particular group on such actions. Instead, Trump tweeted “hatred, bigotry and violence on many sides” should be condemned. Trump was quickly—and rightly—criticized by Democrat and Republican leaders as well as the American people.

The question at hand is why would Trump fail to condemn the white supremacists who have been identified as the antagonist figure in what is unquestionably an act of terror? Had this protest been carried out by the African-American community it’s hard to imagine Trump not launching a full-scale attack. Simply put, these are his supporters, and he knows he needed them before, and he will more than likely need them again. Who else is going to go out of their way to protest his possibly imminent impeachment over his campaign’s allegiance with the Russian government while he ran for president? These protesters have cited Trump as part of their motivation for the demonstrations. Videos on social media show—without a shadow of doubt—protesters walking through the street exclaiming “Hail Trump” while sporting what could be little else than a Nazi salute.

Republican senator Cory Gardner of Colorado tweeted: “Mr President—we must call evil by its name. These were white supremacists and this was domestic terrorism.”

By failing to condemn white supremacists, Trump has aligned himself with these figures of racism and hatred. The events displayed have largely been condemned not to reflect American values. In a further tweet, Trump described the events as “Sad!”—but once again, did not blame a particular group of figures.

Mathew Heimbach of the neo-Nazi Traditionalist Worker party spoke out saying “It’s the first president I’ve ever seen that wouldn’t just outright condemn. [He] said that there were many sides in the equation.”

When Trump fails to stand against those who say diversity is just another word for white genocide, he quietly aligns himself towards them. If these groups even have the smallest belief that the sitting president is willing to support and turn a blind eye to these actions, he’s in fact allowing such events—which saw a woman killed and dozens more injured—to happen. If domestic terrorists (yes, let’s call them what they are) are able to recognise Trump’s unwillingness to condemn white supremacists, then we are in danger of more travesties such as the protest in Charlottesville taking place. We are also encouraging far-right Trump supporters who may hold views of racism and bigotry more quietly to come forward and form active protest against the rights and freedoms of American’s of all races, sexualities, genders and religions.

We live in an era where a president is willing to threaten nuclear strikes over twitter, speak out against nations callously without planning and use personal attacks as a means to boost his own brand (and make no mistake, he has created a brand). When a man as loud and audacious as Trump remains cautious with his words during the one time he needs to be heard to condemn white supremacists—then frankly, he has never been more deafening.

You might also enjoy: America’s Regression Under Trump: The Banning of Transgender People in the American Military