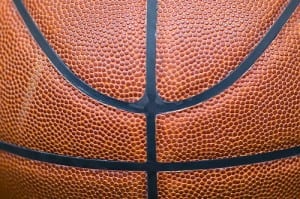 Tony Farmer is a big-shot no more. The 18-year-old basketball star collapsed at his lawyer’s feet after being sentenced to three years in prison for the kidnapping and felonious assault of his ex-girlfriend, Andrea Lane.

“I’ve got three years?” Farmer asked before the collapse.

Among the top 100 prospects in the upcoming class of 2013, Tony Farmer was being recruited by none other than Michigan State, Iowa, Dayton, Ohio State, West Virginia, Illinois and Xavier, among others. Most have ceased interest, although some are waiting to see how the case plays out. This delays, if not cancels, all college plans for Farmer, especially since the sentence interferes with his high school graduation from Garfield High School in Ohio.

The six-foot-six forward assaulted Lane in the lobby and parking lot of her apartment complex, where the scene was caught on the complex’s video camera.

Despite the charges, Tony Farmer was expecting to receive probation from Judge Pamela Barker. Friends and family of the player spoke on his behalf to help sway the judge, but to no avail. Even ex-girlfriend Lane spoke in favor of Farmer to the judge, saying “I know he was a good person.”

Needless to say, Tony Farmer is devastated. His case will be reviewed after 180 days.

Previous ArticleMan who threatened Obama to appear in courtNext ArticleRyan Lochte potential candidate for The Bachelor?