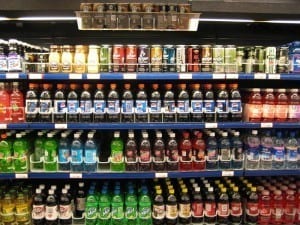 Mayor Bloomberg of New York plans to lessen the risk of obesity by having curbed soda sales in New York. Bloomberg banned its sales completely in New York City. And a new study shows that obesity can negatively impact academic success.

Mayor Bloomberg, frustrated with Coca-Cola CEO Muhtar Kent’s defense of the company said, “[Obesity] is an important, complicated societal issue that we all have to work together to provide a solution… That’s why we are working with government, business and civil society to have active lifestyle programs in every country we operate by 2015.”

Obesity is a potential result of several factors. According to CNN Health, family income, race, parents’ education level and job status and both parental pressure on their children can all cause obesity and lower test scores. There is a strong tie between female physical fitness and test scores, but the results showed no correlation with male physical fitness.

“I think it’s been established that there’s a link between students’ obesity or physical fitness and academic achievement,” said Rebecca London, Ph.D., a senior researcher at Stanford University’s Gardner Center for Youth and Their Communities, in Stanford, Calif., acknowledging the prominence of obesity in academic results throughout the past years.

According to CNN Health, body mass index (BMI), strength and endurance are all important factors in the study. But obesity is not the only determinant in lower test scores. Body image and bullying can affect the emotional well-being of younger students.

Becky Hashim, Ph.D., a clinical child psychologist with the Children’s Hospital at Montefiore, in New York City, who was not involved in the study, said, “Social skills and emotional well-being seem to be in the middle of the relationship.”

Meanwhile, The Journal of American Medical Association published a study that showed an increased level of alcohol intake in patients who underwent gastric bypass surgery. According to the journal, patients subject themselves to twice the amount of alcohol they consumed before getting the surgery.

A study of 2000 participants proved that after receiving some kind of obesity surgery, the 11 percent of individuals with drinking problems increased their intake by 50 percent.

Gastric bypass surgery reduces the size of the stomach, causing people to become inebriated with less alcohol intake. According to BigPond, the quicker effects may cause people to become heavier drinkers.

And in regard to the ban of soda in New York, the Coca-Cola CEO argued, “We’ve gone from being a single-beverage, single-brand company to now 500-plus brands, 3,000 products. Eight hundred of these products we’ve introduced in the last four or five years are calorie-free or low-calorie… It is, I believe, incorrect and unjust to put the blame on any single ingredient, any single product, any single category of food.”