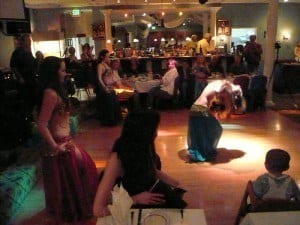 Celebrating J.R.R. Tolkien’s Birthday and What he Gave the World of fantasy

Okay, so technically his birthday was on the third of January, but it is never too late to celebrate one of the greats. For those who may not know who this classic author is, other than another of our january birthdays, Tolkien is the father of Middle Earth and all things Hobbits, Elves, Dwarves and rings that can rule them all.

The Lord of the Rings films were yes, once and still are an epic fantasy series. These stories of great triumph and heroes from small beginnings have enchanted audiences for over a generation. Those who are fans of the films would do well to look into the history of these stories and read up on the adventures of the world of Middle Earth.

The Hobbit was the first of the adventures in this world and in 1937 it took fantasy to an entirely new level. Tolkien introduced readers to elves, dwarves, wizards, hobbits, and dragons like no one before his time. His world was unique as much as it was expansive and even fantasy authors today are influenced by the qualities of the races he created.

The amazing landscapes and quaint villages that Tolkien so adeptly described were likely inspired by his childhood, as he wandered the areas around his maternal grandparents’ home in England. He was a curious child who grew into an even more curious and studious man. With a head brimming with ideas it was no wonder that he is given the moniker of father of high fantasy.

The reasons to adore Tolkien’s books are limitless when we consider the impact they have had on fantasy readers and writers through the decades, but there is something to be said too of the character of the man as well. Tolkien was a contemporary and a good friend to writer C. S. Lewis as well, both of these men lived in fantasy worlds that are not often rivaled by today’s authors. Tolkien did not grow up sequestered by books however, it was not until into young adulthood that her dedicated himself to study. It was the adventurous child though that gave this author the fertile ground and well spread seeds of worlds and characters.

I would argue that what Tolkien had that many of today’s authors lack is freedom to be a child and live in his own head for a while. He was not inundated with entertainments that distracted him from a blossoming inner world, he had to create his own worlds to play in.