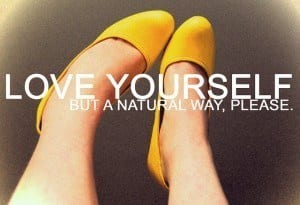 That is the question

The ability to fit in just seems to come easier to some types of individuals. I suppose you could say that they just find the place that best fits them without having to change themselves. Others, however, are under stress to find ways to conform to today’s culture. But why has it become more acceptable to be the person that you see others being instead of just being yourself? Conformity, in its purest form, is behavior in accordance with socially accepted conventions or standards. When you think of it as plainly as it is stated, you may see how conforming to society will prove beneficial to one’s self and others. The problem in society today happens to be the type of socially acceptable norms that everyone seems to be conforming to. No longer is it the “cool” thing to be a faithful Christian and devoted member of your family. Instead, more and more individuals are running around with a painted chip on their shoulder, becoming unwitting followers of a culture that is, for lack of a better phrase, failing itself. So how can we fix these issues before we lose an entire generation -or at least a majority of it- to drugs, parties, Godlessness and a slew of other problematic states? Stop Pushing Conformity! Fewer television shows full of sex and drugs, more immersion in the word of God, and changing the dynamics of the classroom. If we are all marching to the same uniformed beat, shouldn’t we be marching to a beat in which we will be able to rise up and be proud of who we are today as we wake up in the morning tomorrow? Shouldn’t we find the reasons within ourselves to be just that; to finally be ourselves? As those precious four years that are spent in college come and go, it is important that as the seasons change, as the snow melts and days are extended, you find who you are. Never to stay the same person, but to improve upon yourself and enhance your qualities and abilities. I mean, isn’t that what college is all about?