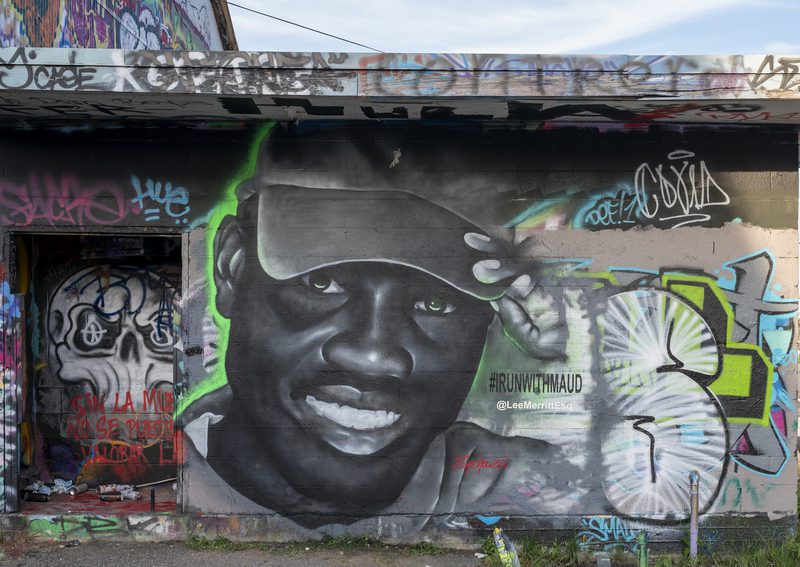 Three white men who ran after and shot a black jogger in Georgia have been found guilty of murder, a case which led to wave of nationwide racial justice protests.

25-year-old Ahmaud Arbery was shot dead on the 23rd February 2020 after a confrontation with Travis McMichael, his father Gregory McMichael and their neighbor, William Bryan.

All three will now spend a minimum sentence of life in prison and will be sentenced at a future date.

Mother of Ahmaud Arbery, Wanda Cooper-Jones addressed reporters and supporters outside the courthouse, saying: “It’s been a long fight, it’s been a hard fight, but God is good,” she said. “To tell you the truth I never saw this day in 2020, I did not think this day would come … Thank you, thank you for those who marched. Thank you to those who prayed.”

“He will now rest in peace,” she continued.

Civil rights activist, Rev Al Sharpton, said: “A jury of eleven whites in court said that black lives DO matter… All whites are not racist and all blacks are not worthless.”

After the verdict was made, President Joe Biden said: “Ahmaud Arbery’s killing – witnessed by the world on video – is a devastating reminder of how far we have to go in the fight for racial justice in this country.

“Mr Arbery should be here today, celebrating the holidays with his mother, Wanda Cooper Jones, and his father, Marcus Arbery.

“Nothing can bring Mr Arbery back to his family and to his community, but the verdict ensures that those who committed this horrible crime will be punished.

“While the guilty verdicts reflect our justice system doing its job, that alone is not enough. Instead, we must recommit ourselves to building a future of unity and shared strength, where no one fears violence because of the colour of their skin.

“My administration will continue to do the hard work to ensure that equal justice under law is not just a phrase emblazoned in stone above the Supreme Court, but a reality for all Americans.”

What Happened to Ahmaud Arbery?

Ahmaud Arbery went out jogging during the afternoon on the 23rd February 2020 on the suburbs of Brunswick in Georgia.

Resident Greg McMichael witness Arbery jogging and called the police as he believed Arbery mirrored the suspect in a sequence of burglaries that took place in Satilla Shores.

Police have stated that no reports were filed regarding these burgularies and that no stolen possession were found with Arbery.

The McMichaels went to arm themselves and chased after Arbery in a pickup truck down the neighborhood. Neighbor, William Bryan later joined their pursuit.

The jury heard a 911 call which took place where Greg McMichael stated to an operator: “I’m out here in Satilla Shores. There’s a black male running down the street.”

Travis McMichael testified in court affirming that he tried to talk with Arbery prior to the shooting while the other two were in the truck, but stated that Arbery did not respond.

He then left his truck and fired three shots out of the shotgun he had with him at Arbery. Travis McMichael maintained it was self-defence, saying that Arbery attempted to grab his weapon off him.

SEE ALSO: COP26 – What Were the Key Outcomes?

Previous ArticleWhat are the Tips for Fresh Graduates to get Hired?Next Article900 Employees Sacked in Brutal Zoom Call by CEO