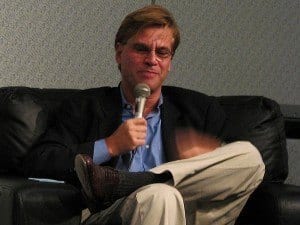 HBO show is all about morals

The first episode of The Newsroom, a new HBO drama by Aaron Sorkin, premiered on Sunday, and like any new show, it is getting mixed reviews.

The Newsroom, which is set during the real events of 2010, is being panned by critics and viewers for being too media-critical, saying the show often tries to address bias, but in the process, veers from its focus.

The Newsroom, set in the fictional newsroom Atlantic Cable News, shows the unfolding of the BP oil spill on April 20, 2010 and tries to be as moral as possible in the characters’ reports of the story.

However, in doing so, Sorkin tried to use these reports of the event to relay how it could have been better reported, veering from the actual truth, something, in which the characters of the show pride themselves.

This was also typical of the political drama The West Wing, another show Sorkin directed that showed how America could have been better governed.

Also, in the episode, anchorman Will McAvoy, played by Jeff Daniels, encounters a blonde woman at a New Year’s party. McAvoy is usually shown in a work setting – including a Howard Beale-esque meltdown.

When McAvoy isn’t on the job, the show shows him flirting with the blonde, whom is revealed to be a gossip columnist. McAvoy does not approve of her career path at all, saying “I would have more respect for you if you were a heroin dealer!”

The Newsroom is all about pushing morals, and only time will tell if the show will continue with this theme.

The Newsroom airs on HBO at 8 p.m. on Sundays.