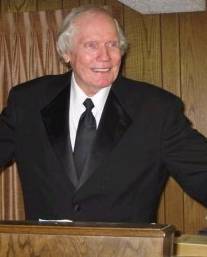 Respect for the dead… Right, let’s just say what we’ve all been thinking.

Fred Phelps, founder of the infamous Westboro Baptist Church in Topeka, Kansas, died today, March 20th at age 84 of natural causes. Estranged son Nathan Phelps broke the news earlier this week on March 16 saying his father was “on the edge of death,” while his other son, Timothy Phelps, confirmed to Kansas’ WIBW that Fred Phelps did in fact die “before midnight” on Wednesday.

Although some of those for whom Phelps’ bigotry and hatred hits closest to home show true strength by not celebrating his death, such as George Takei: “I take no solace or joy in this man’s passing. We will not dance upon his grave, nor stand vigil at his funeral holding ‘God Hates Freds’ signs, tempting as it may be. He was a tormented soul, who tormented so many. Hate never wins out in the end. It instead goes always to its lonely, dusty end….” a wise, cultivated sentiment. But the rest of us just want to say what we’ve all been thinking, which is fuck that guy.

Phelps was a hatemongering bigot who took almost every word of the bible—especially those horrific old testament gospels preaching against gays, women, foreigners and sick people—in a dangerously literal sense. Anyone who isn’t living under a rock knows of the organization’s dogmatic picketing of funerals for dead soldiers, protests outside of abortion clinics, and literal preachments of violence that have inspired actual attempts to murder abortion doctors (one of which has been successful).

Phelps founded the church in 1955 and over the years his organization has amassed over an astonishing 100 members, most of whom are from his own family (a figure which NPR reported in 2011). Any other organization with 100 members probably isn’t nearly as well known across the nation as the Westboro Baptist Church, and that’s because Fred Phelps has done an exceedingly good job of making sure his tiny little footnote of a contribution to history is as hate-filled, misguided, and laughable as the primitive bronze-age desert herdsmen who thought such crazy ideas up. Thus, being able to accomplish so much with so little has landed him in the spotlight.

However, Phelps was excommunicated from the church in August of 2013 for “asking that church members treat each other kinder,” a statement which I personally find very intriguing. It shows that the Frankenstein monster Phelps created has exploded with such seething hatred for everything on earth that even its own members are targets for boiling contempt. These people are so hot with rage and dense with stupidity they could ignite the core of a fucking star.

But alas, Phelps’ welcomed death will not reduce the prevalence of hatred, ignorance, and bigotry in this country or the world; it will just create a void waiting to be filled by the next unfortunate indoctrinee of hateful superstition and thousands-year-old folklore. It remains for us to be steadfast in the push to overcome intolerance and work to improve access to good education for all, so that maybe the number of people who spout this vehement anti-gay/anti-woman/anti-secular rhetoric will dwindle as the generations (hopefully years) go by.

Thanks to Fred Phelps, I think we can finally know what happens after evil, cold-hearted people die: they simply fade from all memory.