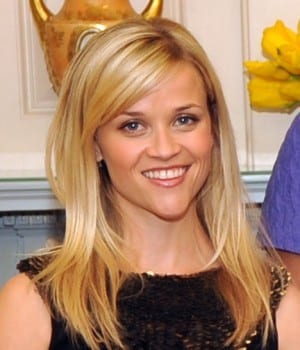 Reese Witherspoon has long been known as an advocate for women’s and children’s causes. When she’s not making movies, she’s working as a Global Ambassador for Avon.

In an effort to help victims of domestic violence, Reese Witherspoon, has been working with Avon for the past five years. She has since helped raise $40 million for prevention programs.

Witherspoon introduced the brand’s latest piece in its Empowerment Collection, the Circle of Support necklace, at the 2nd World Conference of Women’s Shelters in Washington, D.C., on Tuesday, where 1,500 women from 96 countries discussed how to decrease violence against women around the globe through education programs, social media and even apps that turn smart phones into alarms. All the proceeds from the $5 necklace go toward the Avon Foundation’s programs dedicated to ending violence against women.

The actress has said that domestic violence is a very personal issue to her, as she has helped several girlfriends go through similar situations.

In an interview with “People,” Reese Witherspoon explained that she knows one in three women will experience domestic violence in their lifetimes. In addition to spreading word globally, she feels it is important in her own life as well.

She spoke about the importance of educating her own children, Ava, 12, and Deacon, 8, on the issue. “We talk about domestic violence and what that means… Although the concept is somewhat foreign to them, they’re starting to understand that this happens to families in our country and all throughout the world.”