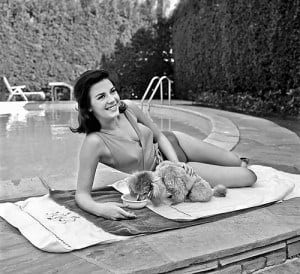 The tangled truth behind the death of Natalie Wood that occurred thirty-one years ago is just now starting to unravel. The actress was boating off Santa Catalina Island on Thanksgiving weekend in 1981 with her husband, Robert Wagner, actor Christopher Walken and other friends when she mysteriously went overboard and died.

At the time, officials ruled the death of Natalie Wood as an accident. However, thirty years later, much speculation has since come out and the Los Angeles County Sheriff’s Department announced last year that the investigation has been reopened.

Officials stated that several sources have come forward with more information with what truly happened the night Natalie Wood mysteriously died. An anonymous law enforcement source explained that detectives do not have enough information to determine the ongoing Natalie Wood case as an accident or something else.

“It is an open investigation, and we are cooperating fully with the Sheriff’s Department,” Chief Coroner Craig Harvey said. “This department is making no comments at this time.”

Apparently, on the evening of the accident, Wagner went to bed after arguing with Walken to find that Natalie Wood was not in their bed. Wagner told officials that he was not worried at the time because he thought she had taken off on a small inflatable boat by herself as she had done before. However, after about fifteen minutes, Wagner went looking for Wood aboard a small cruiser. When she was not there, he contacted Harbor Patrol, and authorities later found the body of Natalie Wood about a mile away from the yacht around 8 a.m.

Since the Natalie Wood case has been reopened, the captain of the boat, Dennis Davern, appeared several times on television expressing his beliefs that Natalie Wood was a victim of foul play. However, nothing has been proven.

“At this point, it is an accidental death,” said William McSweeney, the sheriff’s chief of detectives. “Nothing has been discovered to suggest changing that at this time.”