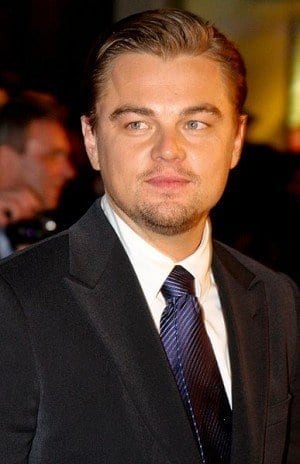 This trailer will leave you begging for more

The Great Gatsby will hit theaters this Christmas, but we are already getting a peek into the Roaring ’20s thanks to the first movie trailer being released this week.

The trailer for The Great Gatsby, directed by Australian director Baz Luhrman (Romeo + Juliet, Moulin Rouge), takes viewers directly into the Jazz Age with flappers, champagne, wild parties, a zebra in the poolf and scenes from a young yet booming New York.

The trailer for The Great Gatsby opens with a voiceover by Toby Maguire describing the changing tempo of New York in 1922: “The buildings were higher, the parties were bigger, the morals were looser and the liquor was cheaper. The restlessness approached… hysteria.”

A sharp contrast to the scenes from the 1920s is the soundtrack of the trailer. Jay-Z and Kanye’s No Church in the Wild introduces us to The Great Gatsby, and Luhrman, in his infinite wisdom, beautifully juxtaposes modern hip-hop with the frenetic scenes of the Jazz Age.

MTV broke down the choice of using the Jay-Z and Kanye track, paralleling the excesses of the Roaring ‘20s to the track’s lyrics about today’s declining American dream.

The second half of The Great Gatsby trailer gives us Jack White’s Love is Blindness (U2 cover). The tone of both songs compliments that of the trailer, and while the scenes and music would seem to be worlds apart, they create a buildup of frenzy and excitement that leave viewers wanting to see more.

So far, it is hard to tell if the film’s soundtrack will share the modernization of the trailer’s, but it’s something not foreign to Baz Luhrman films. He has been known for setting period films to modern music as he did in Moulin Rouge and Romeo + Juliet.

But his 2008 film Australia, set in the title country prior to WWII, had a popular song of the era as a recurring melody and even a theme of the film (Somewhere Over the Rainbow from The Wizard of Oz). It’s possible that The Great Gatsby will stick to popular music of the 1920s, but with Luhrman’s record it’s more likely that his newest soundtrack will use modern music to compare the great excesses of Gatsby’s era to today’s recessionary mindfulness.

Whatever Luhrman uses to entertain our ears, The Great Gatsby is sure to delight our eyes. The director has a penchant for visual flair, and the trailer alone enchants our imaginations with stunning costumes and a rich color palette.

Check out the trailer below to see the exciting world of Jay Gatsby (DiCaprio) as Baz Luhrman has imagined it.

Previous ArticleFacebook lawsuits by shareholders after the IPO releaseNext ArticleAn attempt at comedic relief – paying a $114,000 loan in cash