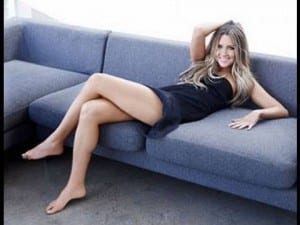 Amanda Bynes’ crazy escapades could be coming to an end. The former child star has finally gone far enough for her parents to consider a conservatorship.

On Monday, Bynes was taken for a mental-health evaluation after setting a fire in a driveway. Witnesses said she then went to a strip mall deli and attempted to wash gasoline off her dog, before jumping in a cab.

Bynes’ parents didn’t comment after the incident, but have said before that they were considering a conservatorship.

A conservatorship gives one or more family members control over basic decision in a person’s life. If this were to happen, Amanda Bynes would likely be told where she can live, what she can spend and whether she’ll be put into psychiatric care.

And that would probably be the best thing for her. Back in 2008, the same thing happened to Britney Spears. Now she’s doing very well.

Amanda Bynes needs help. Her recent behavior has become more and more erratic. An unidentified source said that she is exhibiting signs of schizophrenia. Her parents would be wise to take control of her life to force her to get the help she needs.

Bynes is not being investigated by police for Monday’s fire incident. It’s fairly clear the actress didn’t know what was going on. The first passerby described Amanda Bynes as “discombobulated.”

Her parents were photographed leaving a Los Angeles hospital where Amanda Bynes is rumored to be. They’ve been estranged from their daughter in recent months. But the driveway where Bynes set the fire is around the corner from their house.

Bynes was being held on a 72-hour involuntary psychiatric hold that should run out today. What will happen next in the saga will likely depend on what her parents do.