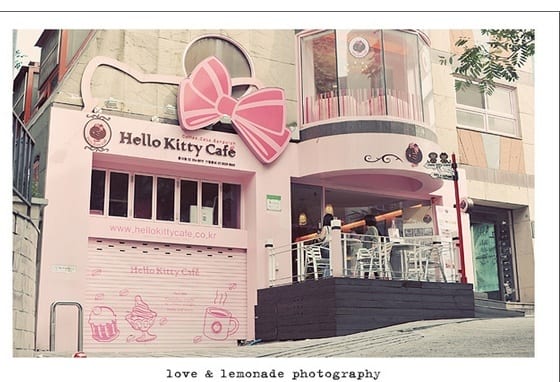 Ever since the 2010 Winter Olympics—where they brought in more medals than anybody but America, Canada, Germany and Norway—South Korea has become kind of hip in the world scene. Psy had a monstrously big hit in “Gangnam Style,” which made people all over the world curious about K-Pop, with its catchy melodies and elaborately choreographed videos. Seoul has become famous for its amazing skyline and one of the world’s least disgusting airports. And most American grocery stores have kimchi available in chilled jars. The place has come a long way since M*A*S*H used it as a metaphor for, well, any Asian land war!

Is it the kind of place you’d want to visit for Spring Break? It’s worth considering. Here’s the good and the bad of a Korean vacation:

·      They love American food… But they get it comically wrong! Any Korean schoolboy will sing the praises of hamburgers and pizza, but it’s doubtful he’s ever experienced it for real. The burger joints, especially the ubiquitous Lotteria (part of the Lotte chain of stores) skimps on the ground beef and loads up on the lettuce—like that’s a fair trade-off! The pizza joints are even worse. The crusts are like cardboard, tomato sauce is a scarcity, and they load it up with stuff that was never meant to be a pizza topping, like corn and Thousand Island dressing! Don’t ask any questions about that “cheese”; it came from a lab, not a cow. Pizza Hut and Papa Johns franchises contribute to this sorry state of affairs. They are catering to local tastes, not yours.

·      Itaewon! You know how most American cities of any size have a Chinatown? Seoul has an Americatown, outside a big US Army base. You can find great international food here, including real burgers and pizza (and borscht, Mexican, Pakistani, Chinese…) You’ll find great Korean food anywhere. When you need a break from it, though, come to Itaewon!

·      The KTX South Korea is about the size of Indiana, and the bigger cities are connected by high-speed bullet trains. All passenger trains are run by Korail, but the high-speed trains are called KTX, for Korean Train Express. (Note: in some cities, like Gumi, the Korail and KTX stations are a couple miles apart, whereas in Seoul and Busan, they’re the same building. Make sure your cab driver knows which one you want to go to.) Anyway, you can get from Seoul to nearly any other city in the country in under three hours. Make sure you reserve a specific seat, though; some of these trains are standing room only. A first-class seat doesn’t cost a whole lot more and it’s kind of worth it.

·      Barber Poles A barber pole can mean one of three things in Korea. It can mean a barber shop, where you can get a swell haircut for just a few dollars. It can mean a jjimjilbang, a public bath house where you get an amazing massage and steambath (These are segregated by gender). These have a sign with a bowl of hot water, with wavy lines indicating steam. The barber pole can also indicate a massage parlor/brothel, and which one it is can depend very heavily on how recently the police have raided the place. Caveat emptor.

·      Soju The national drink of Korea (North and South) is Soju, a rice-based distilled beverage sold in little bottles. It tastes like watered-down vodka, but don’t be fooled; it can sneak up on you and get you unbelievably intoxicated. Most restaurants and convenience stores sell a lot of it. People get together at bars, chicken restaurants and karaoke joints (called noraebangs) and make a party out of it. Some people stick with beer, like Cass or Max. Some people pour soju into their beer.

·      Jeju Island While there are many fine beaches on the Korean mainland, especially in Busan, the best place for sun and surf is Jeju-do, a big island off the southern coast. It attracts tourists from all over the world and has resorts all along the shores.

·      The DMZ Most big hotels in Seoul can hook you up with a tour of the Demilitarized Zone, or at least the part of it in Panmunjom, on the border of North and South Korea. One memorable sight is the meeting room where peace talks occurred during the war. It is your one opportunity to set foot in the Democratic People’s Republic of Korea, checking off one more nation, without causing an international incident. Um, the guards’ guns are real.

Previous ArticleHow to find a roommate off campusNext ArticleCome Flashy, Flamboyant and talk trash and Back it up