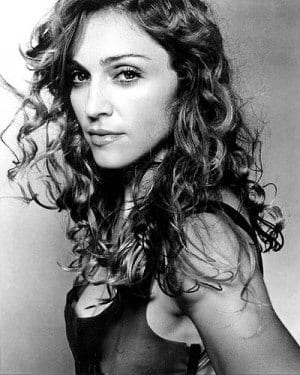 French right-wing party, National Front, threatened to sue Madonna if she showed a montage flashing a swastika across the party leader’s forehead in France. But Madonna inevitably did present the Madonna swastika in concert at Stade de France on Bastille Day over the weekend. Madonna also flashed a nipple on stage in Istanbul, and when in Rome, flashed a buttock.

According to ABC News, the French party provoked by the Madonna swastika video has a goal of limiting Muslim immigration in France.

National Front leader Marine Le Pen flashed on the screen momentarily, and shortly after, a swastika popped up on Le Pen’s forehead. Immediately after the Madonna swastika shot, Madonna’s face donned a mustache that resembled Hitler’s.

Madonna has been well-known for her controversial messages. On the Madonna swastika incident, ABC News consultant Howard Bragman said, “For the last 25 or 30 years she has always mixed music with controversy but it’s never been controversy for the sake of controversy,” adding, “It’s inevitable that when Madonna generates controversy she’s making a point about something.”

National Front spokesman, Florian Philippot, said, “But what seems to me even more serious is the trivialization of Nazism, of something that is horrible. They are, after all, diffusing images of Hitler during a show to be provocative.”

According to CBC News, another National Front spokesman, Alain Vizier, will file a complaint in French court next week, in response to the Madonna swastika “insult.” As the successor to her father as head of National Front, Le Pen has tried to lessen the party’s image of anti-Semitism and racism, but feels the excess Muslim population has faltered in adapting to French lifestyle.

Also according to CBC News, a French anti-racism group named SOS Racisme supports Madonna’s messages of Feminism, as well as anti-racism in the Madonna swastika montage.

Philippot called the montage a “Declaration of war,” assuming that part of Madonna’s audience had to have included National Front supporters. But only cheers could be heard at Stade de France after the scenes were shown.