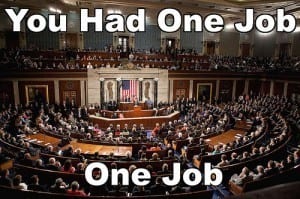 With the October 1 government shutdown millions of Americans have been negatively affected through no fault of their own. Intransigent Republicans in the House of Representatives have continued to deny a clean budget resolution that would put all of this shutdown mess behind us. The government has been deadlocked for three days now.

Though the president and Democrats in both houses of Congress have called for a solution, Republicans refuse to move forward. In the end, the budget standoff has already begun to hurt millions of people. Here are ten huge ways the government shutdown is screwing us over.

1.     Scientific research comes to a halt due to lack of federal funds

2.     Thousands of military servicemen and women not being paid

3.     Financial aid becoming harder to get

6.     Search for missing women and children put on hold