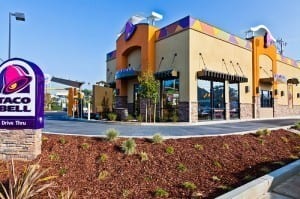 A breakfast menu, in limited states, was premiered Thursday in hopes that Taco Bell will join other fast food chains in the “Breakfast race.”

Thursday brought us the arrival of the breakfast menu at Taco Bell.

Currently in nearly 800 restaurants in 14 states, Taco Bell plans on expanding to all of its restaurants by 2014.

According to the Christian Science Monitor, fast food chains have considered breakfast the most important meal of the day for them.

Taco Bell’s chief marketing and innovation officer Brian Niccol said, “Right now we’re not getting our fair share of that. We want to get our fair share and then some.”

Breakfast, according to CSM, is booming due to the economy. People don’t buy lunch out when they are out of work, and breakfast is cheaper than eating out for dinner.

The menu, priced from 99 cents to $2.79, will include burritos, sandwich wraps, hash browns, coffee and orange juice.

Stores will open either at 8am or 9am and breakfast will stop being served at 11am.

You can currently buy breakfast at Taco Bell locations in Alaska, Washington, Oregon, California, Arizona, Idaho, Montana, Utah, New Mexico, Nevada and Colorado. Some stores in Texas, Ohio and Oklahoma will have the menu.