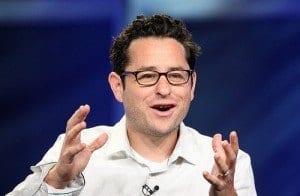 Star Wars fans everywhere rejoiced today with the news that the Star Wars franchise is on track for its seventh installment. Star Wars VII will start filming this May in London.

Under the direction of JJ Abrams, Star Wars VII will be quite the leap for the Star Wars faithful as new details of the movie emerge weekly. The cast of the movie is yet to be finalized, yet that doesn’t stop the rumor mill from producing some pretty big names.

It is still uncertain what angle the movie will take or who the lead character will be, but John Boyega from “Attack the Block”, Jesse Plemons from “Breaking Bad”, and Ed Speleers from “Downton Abbey” have all been mentioned.

Also, in a move sure to please viewers everywhere, Star Wars VII is likely to contain former stars from the previous Star Wars movies. Harrison Ford, Carrie Fisher and Mark Hamill have all been rumored to appear in the sequel as Han Solo, Princess Leia and Luke Skywalker.

The new film will be set 30 years in the future after Star Wars VI: Return of the Jedi. This would give the Ford, Fisher and Hamill the perfect opportunity to reprise their roles and still fit within the Star Wars timeline and not feel forced into something that isn’t believable.

The rights to the Star Wars franchise were bought by Disney, which has previously announced the possibility of making three more Star Wars movies. The release date of Star Wars VII is set for late 2015, but will likely be pushed back to 2016.