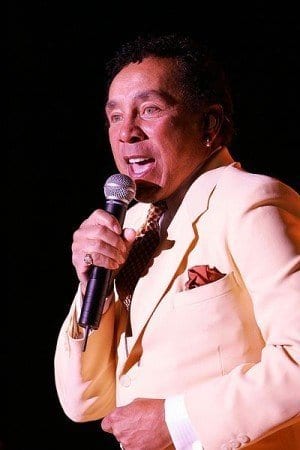 Motown legend Smokey Robinson made a special appearance during Monday night’s season finale of “The Sing-Off.” Robinson took to the stage with show favorite, a capella jazz group Afro Blue, for a standing ovation-inducing rendition of “You Really Got A Hold On Me.”

Although Afro Blue failed to make the top three, the group remained a favorite with the judges and the audience, and their hard work was rewarded with a performance with the legendary Smokey Robinson. The group backed Robinson beautifully and Robinson’s voice was as smooth as ever. You can watch Robinson’s performance below.

Afro Blue wasn’t the only group to duet with a star, however. Judge Ben Folds joined the Dartmouth Aires, judge Sara Bareilles sang with Urban Method and even host Nick Lachey got in on the fun, performing with Pentatonix.

In the end, Pentatonix was declared the winner of season three of “The Sing-Off.”