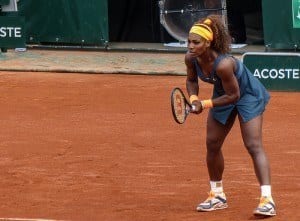 Serena Williams is making headlines over her victory in the Women’s U.S. Open yesterday, Sunday Sept. 8. After some struggle Williams defeated opponent Victoria Azarenka, making for her fifth victory at Flushing Meadows. Indeed, this famous tennis player impressed crowds, winning her final set 6-1.  However, Williams hasn’t only been making news for her success as a professional athlete and the headlines aren’t always positive.

“Do you think it was fair, what they got? They did something stupid, but I don’t know,” Williams told Rolling Stone. “I’m not blaming the girl, but if you’re 16 and you’re drunk like that your parents should teach you: Don’t take drinks from other people. She’s 16. Why was she that drunk where she doesn’t remember? It could have been much worse. She’s lucky. Obviously, I don’t know, maybe she wasn’t a virgin, but she shouldn’t have put herself in that situation, unless they slipped her something, then that’s different.”

Williams was widely criticized for her remarks, which are undoubtedly victim-blaming despite her claim to the contrary. Within this initial comment Serena Williams made on the topic of the Steubenville rape case, the athlete not only blamed the girl for putting herself “in that situation” but also addressed the topic of the victim’s potential virginity, an issue which is irrelevant to the question of whether a crime was committed and what the appropriate sentencing should be.

These now infamous remarks came as a shock to many fans of Serena Williams who hold the athlete in high esteem as a prominent female figure.  Williams, who runs an organization supporting victims of violent crime, quickly responded to negative backlash by issuing two public apologies. For many, the first response, in which Serena Williams apologized for what was “supposedly said,” was insufficient and deflected blame. However a second apology was quickly issued in which the athlete stated, “Rape and all forms of sexual assault are completely unacceptable, no matter the circumstances.” Yet, many fans wish Williams would have made this statement in her initial comments to Rolling Stone.