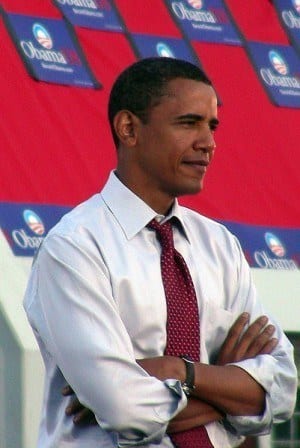 Allegedly, prostitutes were invited into agents hotel room; could have been a security breach

Eleven Secret Service agents have been sent home and put on administrative leave while an investigation is underway in “pre-wheels up” party that involved Columbian prostitutes.

The Secret Service was in Cartagena, Columbia, awaiting the arrival of President Obama for the Summit of the America’s event. According to reports, the Secret Service agents invited at least one prostitute into their beachfront hotel room who didn’t leave until the morning. The job of a Secret Service agent is incredibly stressful and in order to wind down, will often meet at the hotel bar at the end of a trip, after the President has already boarded and taken off on Air Force One, for a “wheels-up” party. This incident is being seen as a “pre-wheels-down” party that is not reflective of the Secret Service agency’s almost sterling professionalism.

A former director of the agency Ralph Basham said of the incident, “I do not believe that there is a systematic problem in the Secret Service because if there were, this wouldn’t be such a huge story. This is really an abnormality.”

The reason the eleven Secret Service agents are getting so much heat for the incident is due to safety concerns. Though prostitution is legal in parts of Coumbia, the prostitute[s] could have been involved with drug cartels and that could lead to espionage or even blackmail fifteen years down the road.

President Obama made a statement while in Columbia about his disappointment with the incident. “What happened here in Columbia is being investigated by the director of the Secret Service,” President Obama said. “I expect that investigation to be thorough and I expect it to be rigorous. If it turns out that some of the allegations that have been made in the press are confirmed, then of course I’ll be angry.”

The President continued, “We’re representing the people of the United States and when we travel to another country I expect us to observe the highest standards. Obviously what’s been reported doesn’t match up with those standards.”

The Secret Service incident is still under investigation, “I’ll wait until the full investigation is completed until I pass final judgment,” said President Obama.