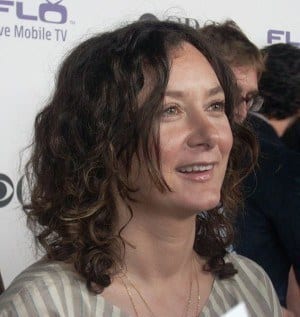 After being seen in public together Thanksgiving weekend, Sara Gilbert, former Roseanne star, confirmed a relationship with songwriter Linda Perry.

During Wednesday’s taping of “The Talk,” she explained to co- hosts that “the other day I was just out, and the paparazzi were there.”

She then proceeded to say, “All these articles are out that I’m in a new relationship. It’s weird, you know? Then I go online and it’s on CNN and I’m flattered I can’t believe anyone cares.”

Though the one thing she regrets is the public finding out about her relationship through the paparazzi. She tells the audience on Wednesday, “I kind of would rather do it on my terms, in full hair and makeup.”

In August, Gilbert ended her 10 year relationship with Allison Adler, TV producer. The couple had a son and a daughter.