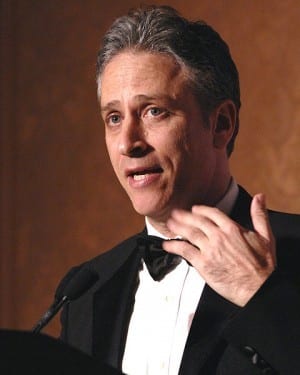 Parents of a high school in Eureka, Ill. have complained about the presence of “The Daily Show with Jon Stewart” in the classroom.

Rhett Felix, a high school government and law teacher at Eureka High School in Eureka, Illinois, is in trouble for showing students segments of “The Daily Show with Jon Stewart.”

When parents got wind that the segments were being shown, they begin complaining about sexual content in the classroom and the teacher’s assumed liberal bias. The Eureka School Board 140 held a meeting to discuss complaints towards Cain.

The School Superintendent Randy Crump suspended Felix and has assigned him a new position when he returns to the classroom November 28.