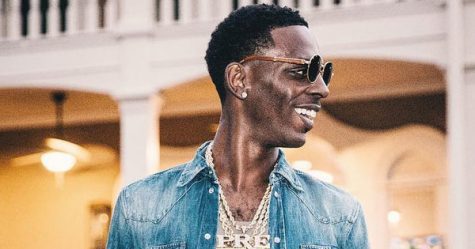 U.S. Rapper Young Dolph has been shot and killed at a cookie store in his hometown of Memphis, law enforcement has confirmed. He was 36.

Young Dolph, whose real named was Adolph Robert Thornton Jr, was shot outside Makeda’s Butter Cookies nearby Memphis International Airport at approximately 1pm, when a gunman drove up and opened fire, shooting through the window.

“The tragic shooting death of rap artist Young Dolph serves as another reminder of the pain that violent crime brings with it,” Memphis mayor Jim Strickland tweeted. “My thoughts and prayers are with his family and friends.”

Memphis police have stated that no information has been made available on the potential shooter, however a search was commenced.

The rapper’s talent agency, APA, said they were saddened by the news.

“The world has lost an icon, a great man and beloved artist who has been taken too soon,” the agency said in a statement.

“His dedication, drive, hard work and loyalty to all those around him always came first and he will be deeply missed.”

Young Dolph, was a popular rapper within the U.S., racking up 4.4 million followers on Instagram. He was known for his raw rap which depicted the life in the streets of Memphis. He released his debut album in 2016 titled ‘King of Memphis’, which reached number 49 on the Billboard charts. In total, Young Dolph had three top 10 albums with ‘Rich Slave’, released in 2020, peaking at number four. He has collaborated with many well-renowned US artists including Megan Thee Stallion, TI, Key Glock, Gucci Man, 2 Chain and many others.

Tributes have been flooding in from many influential figures within the music industry.

Megan Thee Stallion posted: “I am sooo sick rn I am in disbelief! Praying for his family and friends ! Rest In Peace to my friend a true legend dolph”

Gucci Mane wrote: “R.I.P. to my friend Dolph this broke my heart”

R. I.P. to my friend Dolph this broke my heart

Distinguished record producer, Omen, paid tribute saying: “we losing too many black men to poor health, racism, jail, etc. already. we gotta find a way to heal and not add to that with our own violence. prayers for young dolph family and friends. RIP.”

Dolph is survived by a son and a daughter.

Previous ArticleCOP26 – What Were the Key Outcomes?Next ArticleWhat are the Tips for Fresh Graduates to get Hired?