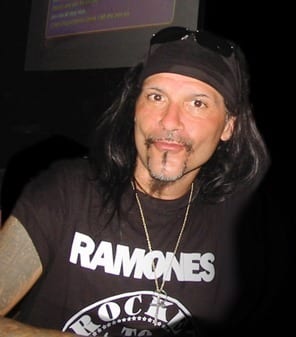 First I like to say my bad for the long delay.  My freaking hard drive died and I had to get it replaced.  But I’m here and, boy, has this week been good. Lots of good releases this week that, unfortunately, I couldn’t cover entirely, but here are some of the highlights.

If there one thing you can say about Mars Volta, is they are eclectic. Really eclectic. Every album presents the listener to new experience brought forth by the band. “Nocturniquet” being the continuation of that. While the previous albums had a more rock feeling, this album has a more ambient and cool-out feeling like the songs “The Whip Hand” and “Trinkets Pale of Moon”.

Well here comes some more balls-to-wall rock courtesty of The Used. Whether you like think they’re awesome or you can’t stand them and their screamo-emo-post-punk ilk, there’s no mistake that they’re not going away soon. “Hands and Faces” sprinkles some dubstep into the normal rock sound. Weird. But “I Come Alive” their first track is more of the rock that you’d come to expect from them.

Here’s a typical case of “never say never”. Lots of industrial metaheads were in tears when Al Jourgensen announced the break-up of Ministry in 2008. Well, after a tour in 2007, the band finally put out an album of the bass pumping, ear-spliting noise that will please the fans. Oh, and the band also have the left-leaning tracks like “99 percenters” and “United Forces” that will most likely be playing at an Occupy site real soon.

And we end this list with some soul from the Beat Konducta Madlib and songtress Georgia Anne Muldrow. For those who don’t know, Georgia Anne Muldrow is the first female artist to be signed to Stones Throw Records. And with lablemate Madlib laying down the beats, the result is something that will definitely get your attention. The track, “Seeds” features all the dope sample and soulful singing Mad and Anne can demostrate. “Husfriend” got some head-bobbing beats that get you going.