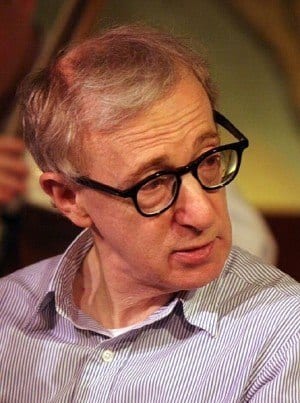 Ronan Farrow, 24, bashed his father, Woody Allen, on Father’s Day in a tweet: “Happy Father’s day. Or as they call it in my family, happy brother-in-law’s day.”

Woody Allen ended his relationship with Mia Farrow, Ronan’s mother in 1992 when he began seeing her adopted daughter, Soon-Yi Previn. Previn was 21 when the split – and the couple – became public. Previn is now 41, and Woody Allen is 76. The two married in 1997. Previn was not legally Allen’s stepdaughter.

As a response to Ronan Farrow’s tweet, Mia wrote, “Boom.”

Ronan Farrow currently works for the Obama administration and became a Rhodes scholar at 11. Farrow was five-years-old when his parents’ split went public.