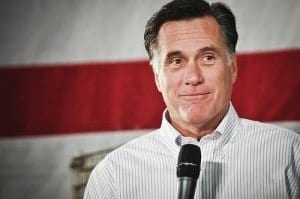 The presidential candidate was tax exempt for 15 years

Mitt Romney’s tax returns have been asked for consistently during his campaign for president, and a new report shows that he used loopholes in the tax structure to be tax exempted for 15 years.

Romney tax returns show that although what he did was legal, it did utilize certain tax shelters that were cracked down on by Congress in 1997. Bloomberg reports that what Mitt Romney did was use a charitable remainder unitrust (CRUT) in order to reduce the amount he owed come tax season, which he was allowed to keep because the CRUT was established prior to 1997.

These trusts allow those with high incomes to utilize a charities tax-exempt status, and Romney tax returns show his use of the CRUTs Congress is against. The trust Romney set up was with the Mormon Church, to which he and his family have been prominent members.

While Romney tax returns show that this trust is only a small dent in the $250 million he is worth, the trust has allowed him to defer capital gain taxes on any profit from the sale of the assets. Romney has received small upfront charitable tax deduction, and cash payments yearly from the church.

The charitable remainder trust has gained him 8 percent of the Church’s assets each year, and as the Romneys continue to receive these payments, the amount left for the church in the event the funder dies has declined.

Romney tax returns may have been released earlier in his campaigning, but with use of the Freedom of Information Act, those curious have looked deeper into his tax history.

Previous ArticleJamie Foxx in talks to play Electro in The Amazing Spider-Man 2Next ArticleFun. Performs new song on SNL