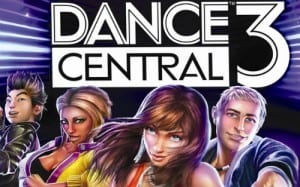 As intricate as it is fun, Dance Central 3 by Harmonix takes full advantage of the Xbox Kinect by putting players on the dance floor to bust a move to some of their favorite songs from the last two decades. Using hits from today and classics from the 70’s, 80’s & 90’s, players can dance simply for the fun of it, travel through time and experience a full story mode, or set up a workout routine to help shed some unwanted weight. The biggest issue that the game runs into isn’t one that’s inherent in itself, it’s the limitations of the hardware it’s on.

Not that a game that pivots on dance mechanics needs a story mode, but for players that look for a deeper experience while shaking their money-maker will find one. The player is part of DCI, a federal agency trying to stop evil Dr. Tan who is hatching a plot to take over the world. Your job is to stop him by … dancing. It’s crazy, but stay with me here. By shooting back in time and particular moves from some of the famous dances from each era the players can string together certain important steps … and save the world. It’s a silly premise to be sure, but having the added content and putting an objective to the game beyond, “shake it, get points,” is a wonderful addition. The problem is the Kinect hardware itself. In order to progress through the story the player has to get a particular move 100% correct from each song in the era. If you miss the move, you’ve got to replay the song. The Kinect hardware requires a lot of light and a clear playing space in the front and on both sides of the player, so even the slightest shadow or even dark pants can cause your legs to be “misread” by the device, leading to multiple replays of the same song. It can get quite tedious. Surely it’s unfair to blame a game for shortcomings of the hardware it’s on, but not putting in some sort of “fail safe” for what has become all too common on the Kinect is shortsighted.

But with clear, bright lighting and clothing that is Kinect-friendly users can dance their cares away to some of the best tracks to grace the franchise. The soundtrack contains hits that anyone can recognize regardless of age, but that’s why the game is so charming. With titles from New Kids on the Block, Vanilla Ice, Gloria Gaynor and the Village People, the game provides a sense of ridiculous fun. Once players stop caring how ridiculous they look, and you will certainly look ridiculous, there’s an immediate transformation from reserved swaying to wildly frantic hip-jiving. In a good way. It’s just that transformation that epitomizes the Dance Central franchise as a whole. When a player can let go of themselves and simply enjoy a game without risk of being judged or, when they are being judged, just don’t care, it’s a testament to the amount of fun to be had.

Piling onto the simple (and not so simple) dance routines is a variety of minigames aimed at giving players something a little different to try one their own or during a party. For the player looking to shed some weight, the game can also track your movement and give a somewhat accurate reading of the calories burned and time played, while setting weight goals is an option for those looking to really take advantage of this option.

The essence of the game is truly “just dancing,” but the implementation of the gameplay mixed with the soundtrack and other added goodies really make the game worthwhile to anyone with even a minimal interest in using their Kinect to it’s fullest. Minigames, unlockable characters and outfits, weight loss goals, and a fantastic soundtrack help prove once again that when it comes to rhythm games or games taking advantage of the often-ridiculed Kinect hardware, Dance Central 3 is the apex of fun.

Previous ArticleFree pancakes at IHOP in celebration of National Pancake DayNext ArticleBrandon Webb, once a top pitcher, retires due to injuries