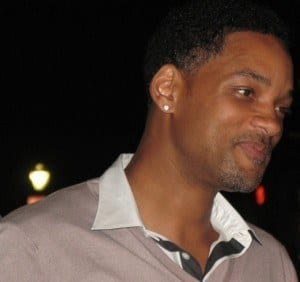 The Fresh Prince holds his own

Will Smith slapped a reporter Friday, during a Men in Black 3 premiere in Moscow.

The Ukrainian reporter that Will Smith slapped, gave Smith two kisses on both cheeks and came just a little too close to the actors mouth. The moment clearly caught Big Willie off-guard.

Smith immediately pushed the reporter back, asked “What the hell is your problem buddy?” and gave him a quick backhanded slap across the right-side of his face.

Will Smith was on camera during the entire incident and joked, “ He tried to kiss me on my moth. This joker, he’s lucky I ain’t sucker punched him.”

OntheRedCarpet.com reports that the reporter may have been Vitalli Sediuk, who has made a name for himself with his outlandish and off-color antics.

The Will Smith Slaps Reporter incident has set the Internet a buzz with people searching for the video. Smith isn’t the type of celebrity that has bad PR buzzing around him, but in the video, its clear that the reporter wanted more than just a quick interview.

Men in Black III is set to premier May 25 in the U.S. The third installment of the MIB series forces Agent J, Will Smith, to travel back to the 60s to save Agent K, Tommy Lee Jones and Josh Brolin, from being assassinated by aliens and changing the course of history. In the past, he discovers things about the universe that he never knew. Celebs ranging from Lady Gaga to Justin Bieber and Sir Richard Branson all make appearances in the film.

College News recently sat down with the film’s director Barry Sonnenfeld to find out his thoughts of MIB becoming a trilogy and his inspiration for the film. Look for the interview in our next issue.

Check out the Will Smith slaps reporter video below.