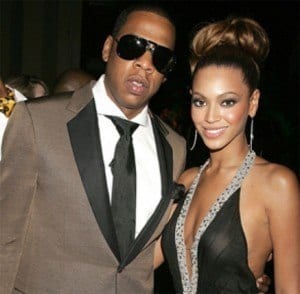 Jay-Z and Beyonce’s recent trip to Cuba is in question. Jay-Z released a track addressing the issue.

Jay-Z and Beyonce have been getting a few nose twist and slanted eyebrows over their recent anniversary trip to Havana, Cuba. Apparently “Hov” got a little heated over politicians discussing the legalities of he and queen Bey’s destination choice; he released a new track titled “Open Letter” to address those in questioning.

On the track “Open Letter”, Jay-Z mentions president Obama, in which he says the president jokingly holds him responsible if he gets impeached over giving Jay-Z the okay to go to Cuba.

White House officials cleared the rumors yesterday verifying that president Obama had nothing to do with Jay-Z and Beyonce’s five year anniversary vacation to Havana. White House Press Secretary, Jay Carney, issued a statement and made light of the allegations by questioning whether or not Jay-Z could find something that rhymes with “treasury” because travel approval is granted through treasury and not the White House.

“It’s just a song… The president did not communicate with Jay-Z over this trip,” said Jay Carney.

“Open Letter” has had over 500,000 listens since it was released yesterday along with more photos of the couple in Havana, Cuba. In the photos, Jay Z and Beyonce seem to be enjoying their anniversary vacation as they walk through a crowded street, comfortably dress and Jay-Z with his cigar in hand.

U.S. citizens are prohibited travel to Cuba for tourism under the law. Many onlookers and lawmakers are calling the couple communist for this reason. But a source verified that Jay-Z and Beyonce did obtain the proper travel licenses for their fifth anniversary vacation. In “Open Letter” Jay-Z says:

“Obama said, ‘Chill, you gonna get me impeached. You don’t need this … anyway, chill with me on the beach.”

“Wanna give me jail time and a fine, fine, let me commit a real crime.”

“… I’m in Cuba, I love Cubans. This communist talk is so confusing.”