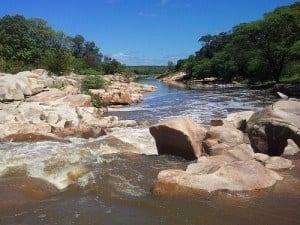 “Resurrection” follows the inhabitants of a small town as their loved ones return from the dead.

“Resurrection,” the heavily promoted and eagerly anticipated ABC show premiered last night.  “Resurrection” begins when an 8-year-old boy awakens mysteriously off a dirt road in China with no passport, no plane ticket and no identification. Promptly returned to the U.S., the boy, whose name is Jacob, is put under the care of Immigration Agent Bellamy (Omar Epps) and is returned to Arcadia, MO, which Jacob claims to be his hometown. The problem is that Jacob drowned 32 years prior.

“Resurrection” boasts an incredibly talented cast led by Frances Fisher and Kurtwood Smith. Fisher and Smith play Lucille and Henry Langston, Jacob’s parents, who deftly embody two people plagued by the long-standing grief of their son’s untimely death. Upon Jacob’s return, it is striking to watch Henry try to make sense of what is happening, not entirely convinced that Jacob is really his son, and Lucille all too ready to accept that he is. Perhaps the most striking performance comes from Mark Hildreth who plays Tom Hale, Jacob’s childhood best friend, now a pastor whose faith and beliefs are tested when Jacob returns.

“Resurrection” plays on some very interesting ideas, but of course, leaves more questions than answers. The episode ended with the unlikely resurrection of another Arcadia resident and the seeds to some soap opera-esque plotlines have already been sown. “Resurrection” has a fine line to walk in that it has a very interesting premise, but can too easily fall into “Lost” territory, where the story becomes more and more outrageous without any actual payoff or cohesive answers. For now, audiences will have to stick with “Resurrection” for a few more episodes to find out.

“Resurrection” airs on Sundays at 9/8 Central on ABC.