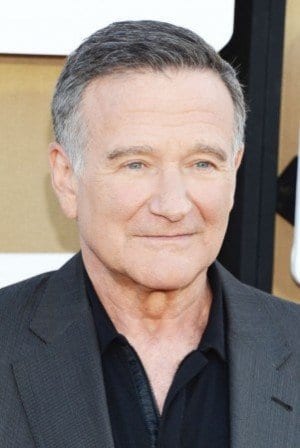 The world was bowled over and blindsided by the news that beloved comedian and actor Robin Williams was found dead of what seems to be a suicide.  The Oscar winning actor was found on Monday, August 11th in his home in Tiburon, California, according to the Marin County Sherriff’s Office.  We are all still waiting for the autopsy reports to confirm this tragic ending to such a storied and epic career that spanned over 30 years.

Robin Williams, unlike many of his colleagues, had a very unique talent that not only made you laugh, but he was able to take these characters and really make you care about them. No matter how absurd and goofy they were they had this undeniably real and human quality that Williams was able to bring out of them.

Robin Williams touched people with his performances, reached into their hearts and truly made everyone care.  From people who worked with him to the millions of fans heartfelt messages of mourning poured in from all corners of the world and web. Eeven President Barack Obama released a statement on his passing:

Robin Williams was an airman, a doctor, a genie, a nanny, a president, a professor, a bangarang Peter Pan, and everything in between.  But he was one of a kind.  He arrived in our lives as an alien – but he ended up touching every element of the human spirit.  He made us laugh.  He made us cry.  He gave his immeasurable talent freely and generously to those who needed it most – from our troops stationed abroad to the marginalized on our own streets.  The Obama family offers our condolences to Robin’s family, his friends, and everyone who found their voice and their verse thanks to Robin Williams.

I myself have never felt such a feeling of loss for any celebrity.  Some of my earliest memories are of Robin Williams.  My infatuation with suspenders for 3 years of my life came right from the beloved and naïve alien Mork from the planet Ork.  No matter how many times my parents yelled at me as a kid, I truly believed that I could drink with my finger.  I can never forget Popeye and neither can my parents; I wore out about 4 VHS tapes.

It was a fact that Robin Williams suffered a great deal in his life.  He dealt with depression, drug addiction and alcohol abuse.  I don’t think that I have to reiterate all those facts.  There will be a thousand other articles out there that will be out there talking about the dangers of depression and they will be tagging it to Robin’s name for the next 3 months.  The only thing that I can keep thinking is how a man who brought such an amount of joy to so many millions of people couldn’t bring that kind of joy to himself.  I just brought a tear to my eye writing that.

Robin Williams also left a legacy of amazing charity work that included his work with St. Jude Children’s Research Hospital.  Williams according to St. Jude said that he never charged any kind of fee for any of his appearances.  Those actions are not that of charity, those are the actions of a man that truly loved.

One of the lines from Dead Poets Society always stuck with me and even led me to a career in writing.  Keating (Robin Williams) said, “No matter what anybody tells you, words and ideas can change the world.”  I would say that Robin Williams in fact achieved this goal himself with millions of fans and admirers over the world.  I really hope that he has found peace.  Rest in peace Robin, the world is a little less OK without you.

If you have any memories, please share in the comments below.