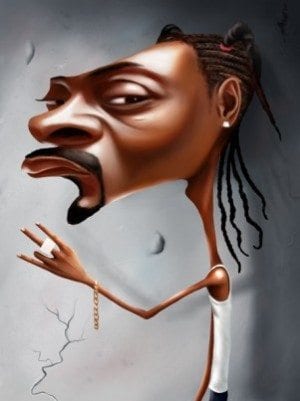 Snoop Lion sets his eyes on yet another profitable venture

Snoop Dogg, the newly self-proclaimed Snoop Lion, heard about the profits an American Idol judge can ring in, and wants to prowl the studio.

The new season of the talent search show begins in January, and Mariah Carey’s contract alone will earn her $18 million as a new judge.

Both Jennifer Lopez and Steven Tyler left two open spaces, and Snoop Lion is ready to take a seat.

The new pseudonym of Snoop Lion was inspired by the famed rapper’s trip to Jamaica, where, according to Associated Press, he picked up some Rastafarian roots.

During his trip, Snoop Lion connected with the Niyabinghi branch of the Rastafari movement. And in the meantime, he corresponded with Bob Marley’s son, Rohan who helped him in his path toward his new goal.

Snoop Lion has created a set featuring a documentary and album named Reincarnated. The set highlights his inspirations from abroad. On the album, Snoop Lion includes subtle features from Diplo and Major Lazer.

Aspiring to walk a more peaceful path than before, Snoop Lion has named two of his songs, No Guns Allowed and LaLaLa, as opposed to previous songs like Murder Was The Case.

Snoop Lion said, “I always wanted to make a song that could stand for something.”

Some of Snoop Lion’s inspirations for his name transformation and stories of rebirth include Bob Marley, The Wailers and Barres Hammond.

Snoop Lion revealed in a press conference that, “The spirit called me. Any time the spirit calls you, you gotta know it’s serious and real,” adding, “I wanna bury Snoop Dogg and become Snoop Lion.”