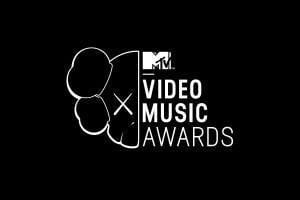 Thankfully, the 2014 MTV Video Music Awards didn’t spark any controversy for inappropriate performances, but one thing was clear: women dominated.

Miley Cyrus was present, and in true Miley fashion made her appearance known, only this time when she received the honor for Video of the Year for her smash hit, “Wrecking Ball,” in which she remained seated as her homeless friend Jesse made his way to the podium to accept the honor.

From Iggy Azalea winning a Moonman for her feature on Ariana’s “Problem,” Fifth Harmony beating Sam Smith and 5 Seconds of Summer in a fan-voted award for Artist to Watch to Nicki Minaj’s wardrobe malfunction, few men contended with the badass women present at last night’s award show.

Despite the women dominance, Drake was awarded best hip-hop video for his hit, “Hold On (We’re Going Home)” but was not present to accept the award.

Ariana Grande performed a snippet of her latest single, “Break Free,” a huge step-up from her pre-show medley last year before joining Nicki Minaj and Jessie J for their live rendition of “Bang Bang” in which Minaj tried to avoid a wardrobe malfunction, holding her top shut for the duration of their performance.

Grande went on to win a Moonman for Best Pop Video for her collaborative effort, “Problem” featuring Iggy Azalea who later performed a rendition of “Black Widow” with Rita Ora.

Aside from the awards, a moment of silence was requested by Common to reflect on recent events in Ferguson, MO since the death of Michael Brown. Robin Williams was also honored as a Coldplay-soundtrack video montage played as a tribute to his legacy.

Beyoncé closed out the night receiving the Michael Jackson Video Vanguard award which was present by none other than husband Jay Z and daughter Blue Ivy. Beyoncé captivated viewers with spectacular 20-minute performance of last December’s surprise album.

Though this year’s award ceremony didn’t contain anymore Miley Cyrus and Robin Thicke controversy, it surely is one to remember.