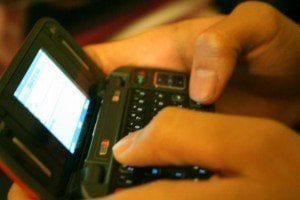 This time for obstruction of justice

Rebekah Brooks was arrested again in London on Tuesday.

Rebekah Brooks and five other suspects, including her husband, racehorse trainer Charlie Brooks, were arrested in relation to the on-going phone-hacking scandal that has erupted in Britain. Rebekah Brooks and her husband were held on suspicion of obstruction of justice.

Rebekah Brooks, the 43-year-old former chief executive of Rupert Murdoch’s News International, was arrested in July over allegations of phone hacking and illegally paying the police- but only after she arrived at a London police station by appointment. She was held for 48 hours before being released, and police did not charge her with a crime at the time.

In a statement, the police said that a total of six people in and outside of London had been arrested on Tuesday as part of Operation Weeting, the criminal investigation into phone hacking and other illegal activities at the News of the World and other newspapers.

Rebekah Brooks and her husband, Charlie, are reportedly being questioned at separate police stations.

Other police investigations are looking into corrupt relations between the police and the press, and an inquiry panel appointed by Prime Minister David Cameron is trying to determine why an initial police investigation into phone hacking in 2006 did not reveal the scope of the problem.

Rupert Murdoch stood by Rebekah Brooks when the scandal first exploded in the media, but he eventually accepted her resignation before her first arrest in July.

The scandal has foiled Murdoch’s plans to purchase full control of the British broadcaster BSkyB, and last month, Murdoch’s son James stepped down as head of News International, renewing speculation that he could be arrested in the case. However, James Murdoch was not among the five men arrested in addition to Rebekah Brooks.