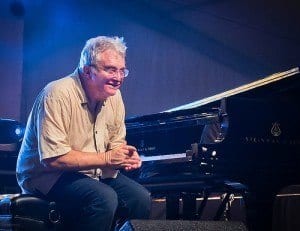 Randy , the singer-songwriter best known for his uplifting songs about friendship and belonging, has decided to weigh in on the presidential race. Newman, whose recent claims to fame have been songs featured in Disney-Pixar films such as “Toy Story,” “Cars”  and “Monsters Inc.,” recently released his latest effort entitled “I’m Dreaming.”

Newman’s “I’m Dreaming” is a satirical song regarding issues of race in the 2012 presidential election. Within the song is a line, “I’m dreaming of a white president.” Newman, who sides with Obama, wrote the song in relation to the number of conservatives who he believes still hold prejudices toward America’s black president.

In his song, Newman pokes fun at conservative voters who long for the days of a white president. Another line in the song states, “He won’t be the brightest, perhaps / But he’ll be the whitest / And I’ll vote for that.”

In a brief interview with the Associated Press, Newman expressed his beliefs toward ever-present racial prejudices regarding the presidency, saying: “I felt that sentiment exists in the country. I don’t know how many people you can get to admit it. I think maybe zero.”

Newman also stated: “I think there are a lot of people who find it jarring to have a black man in the White House and they want him out. They just can’t believe that there’s not a more qualified white man.”

Newman, an outspoken liberal, posted the song on his Web page, also asking for fans to donate to the United Negro College Fund.