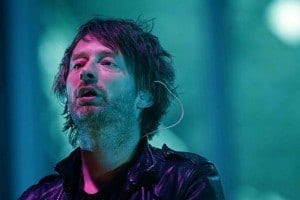 Radiohead is getting their inertia back.

Radiohead fans everywhere, get ready to ignite. According to guitarist Jonny Greenwood, the band is coming together to work on what will be their ninth studio album.

For the past three years, members of Radiohead have been working on individual projects after their 2011 album release of The King of Limbs and now they’re switching gears and focusing on, as Greenwood said, “getting their inertia back.”

Greenwood has spent his time apart from Radiohead working on multiple film scores as well as exploring classical music working with the London Contemporary Orchestra.

Bassist Colin Greenwood spent the earlier part of 2014 as an ambassador for Independent Venue Week in the UK and Ireland.

Jonny Greenwood noted that the band will reconvene in September but have already been brainstorming ideas for what will be their new album but do not have a release date marked.