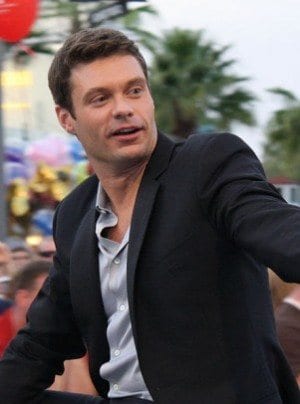 Ryan Seacrest announced earlier this morning on the Today show that he will be joining the NBC team to cover the London Olympics this summer, reports E!.

In an interview with Matt Lauer, Ryan Seacrest said, “I’ve worked with the E! network for years, and NBCUniversal and E! are in the same family. The plan is for me to join the NBC family and continue to have a role at the E! network. The first assignment will be to join the prime time team for the Olympics on NBC.”

Comcast owns both E! and NBC, so transitioning over the long-time American Idol host seems like a smart move. And, fans of his candid and personal hosting style will surely be pleased with his coverage of the games

This move for Seacrest to join the coverage of the 2012 Olympics means that he will be working along side the NBC primetime team and former Today host Meredith Vieira.

While Ryan Seacrest moving to NBC was the highpoint of the interview, the host also noted that he plans to stay with American Idol, a show he has hosted since the first season and helped propel him to his current status.

Seacrest had received a star on the Hollywood Walk of Fame back in 2005.