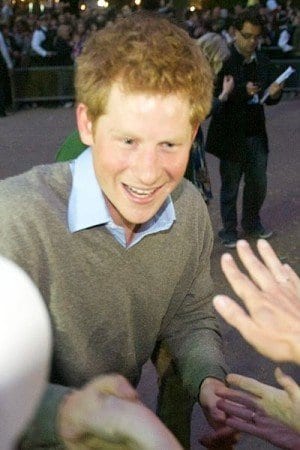 Prince Harry takes the tabloid spotlight once again with new, nude photos being leaked onto the Internet from a night in Las Vegas.

The prince was spotted with a nude, unidentified woman in his Las Vegas VIP hotel suite. Harry was unaware of the photo shoot going on outside of his window at the time. The blurry photos were published by TMZ.

Despite the fact that these photos are being seen by millions, British press refuses to print the photos in fear that they may be infringing upon the prince’s privacy. After all, Prince Harry is a highly regarded public figure.

Of course this isn’t Harry’s first run-in with the tabloids. He seems to be a veteran with these situations by now. He has been captured fighting with photographers, smoking pot and even wearing a Nazi uniform to a costume party in 2005.

This is hardly the first time Prince Harry has been photographed in a compromising situation. Londoners don’t seem to have a problem with the royalty’s wild night in Las Vegas. Shirley Ashard, caregiver, greeted the news with a simple “boys-will-be-boys” shrug.

However, the army isn’t taking this quite as lightly. Prince Harry, also a military helicopter pilot on leave, may receive repercussions due to his racy behavior. According to the army, “Officers should never bring the service into disrepute, whether on or off duty.”